Posted on December 5, 2012 by tnealtarver

From the start of his gospel, John establishes that Jesus knows eternal God and is eternal God.

Jesus knows the will and work of God.

He knows exactly what God the Father would do in a given situation. And he knows why God would do it.

Which is a whole heck of a lot more than I know.

“Through him all things were made; without him nothing was made that has been made” (John 1:3).

God the Father created the universe with and through him.

Jesus understands how life began. He knows the stuff of which stars are made. He comprehends galaxies, quarks, black holes, deep space, the laws of physics, and high school algebra.

“The Word became flesh and made his dwelling among us” (John 1:14).

He sweated. He hungered. He thirsted. He hurt. He tired. He slept. He laughed. He cried.

He knows us well because he’s walked in our skin.

“But about that day or hour [the end times] no one knows, not even the angels in heaven, nor the Son, but only the Father” (Matthew 24:36).

But he does know … 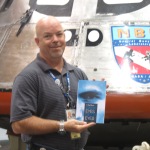 For more of what People Are Saying follow link.

I've traveled and spoken around the world but always love to come home. There I eat exceptional meals, drink coffee to my heart's content, and get loved like nowhere else on earth. I believe a community centered in Christ should be all that and so much more.
View all posts by tnealtarver →
This entry was posted in Bible truth and tagged God's will, Jesus, John 1, Judgment Day, Last Days, Son of God, the God Man, the Gospel of John. Bookmark the permalink.

9 Responses to Jesus Doesn’t Know Everything!